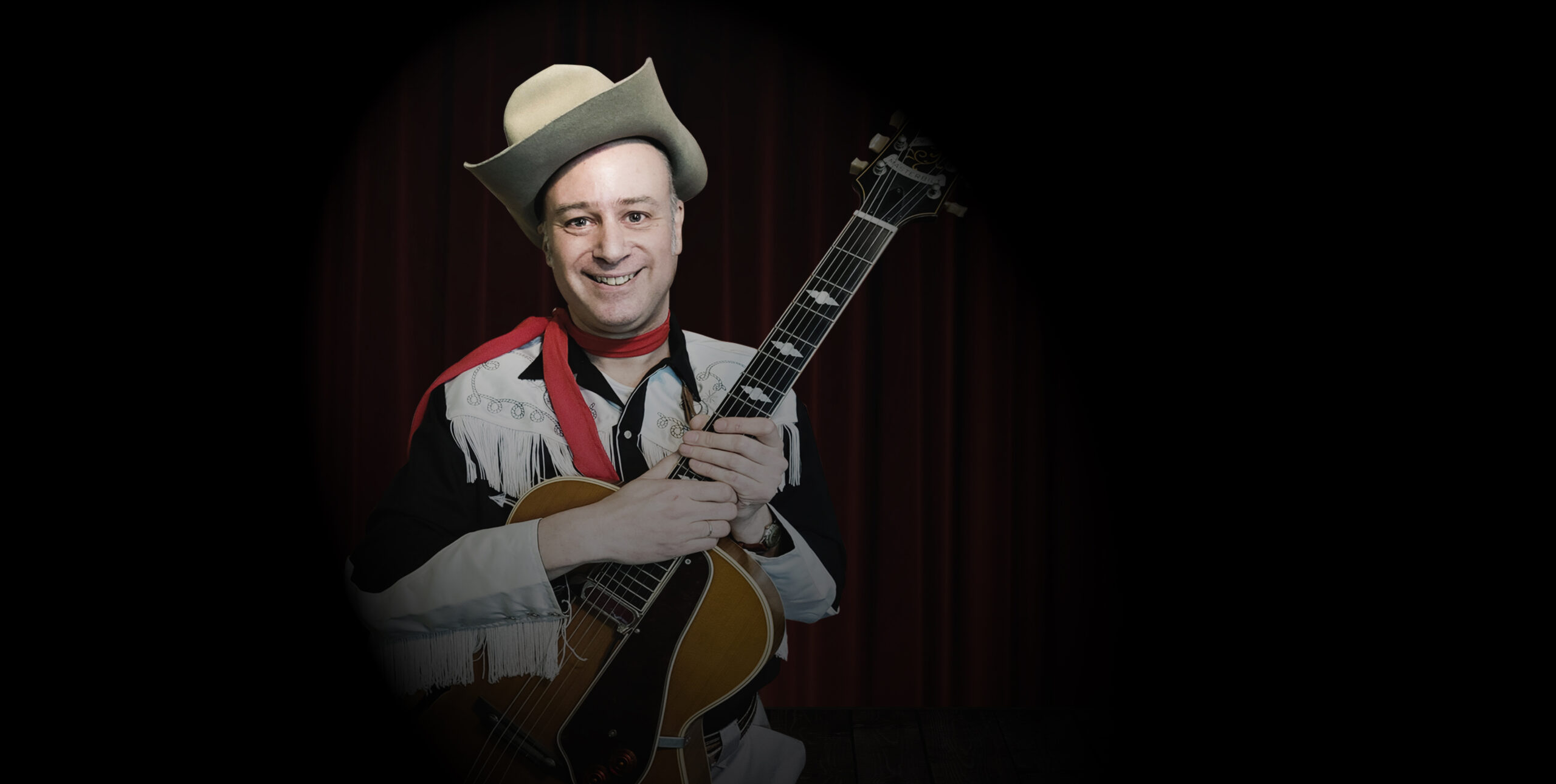 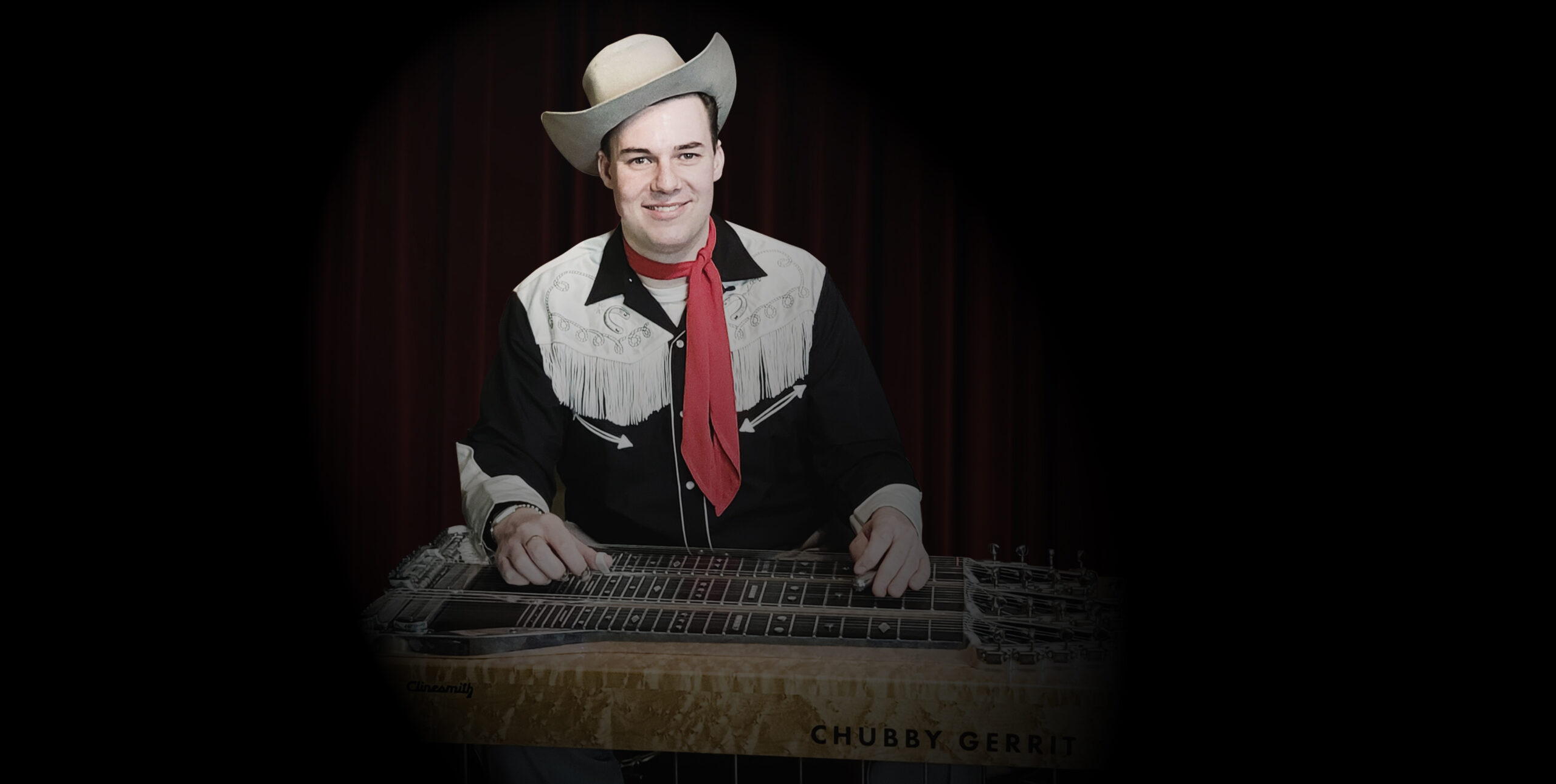 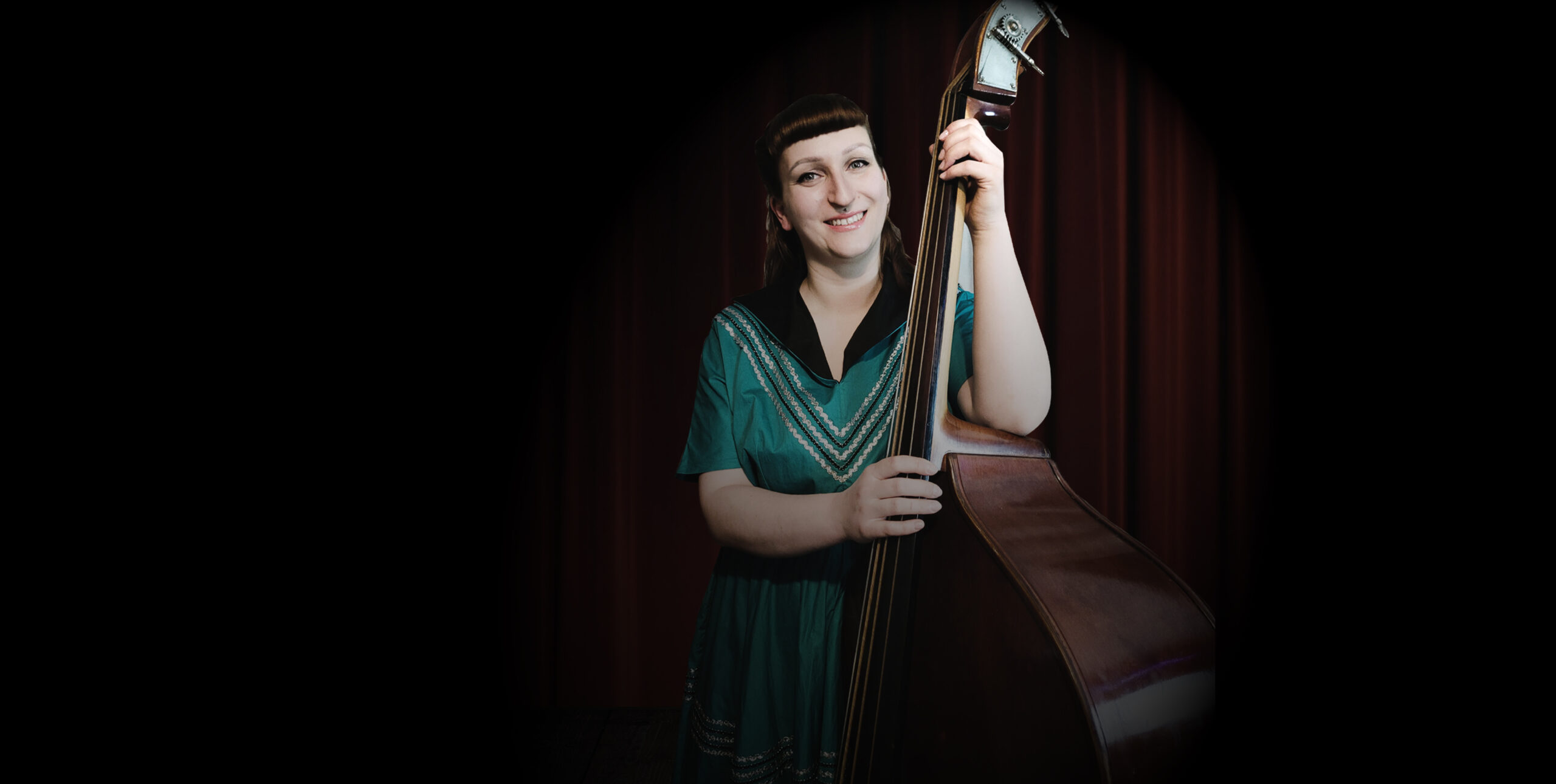 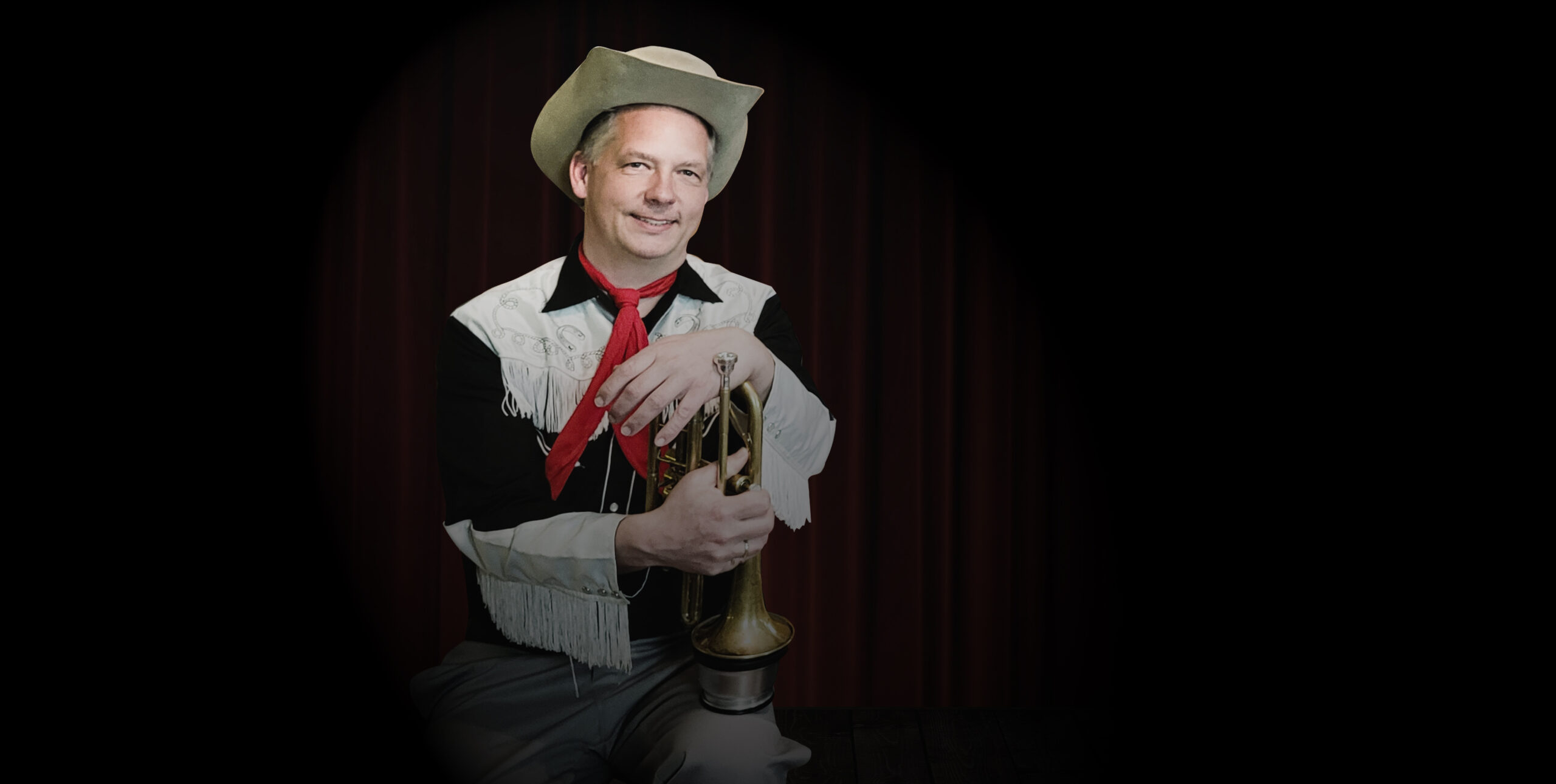 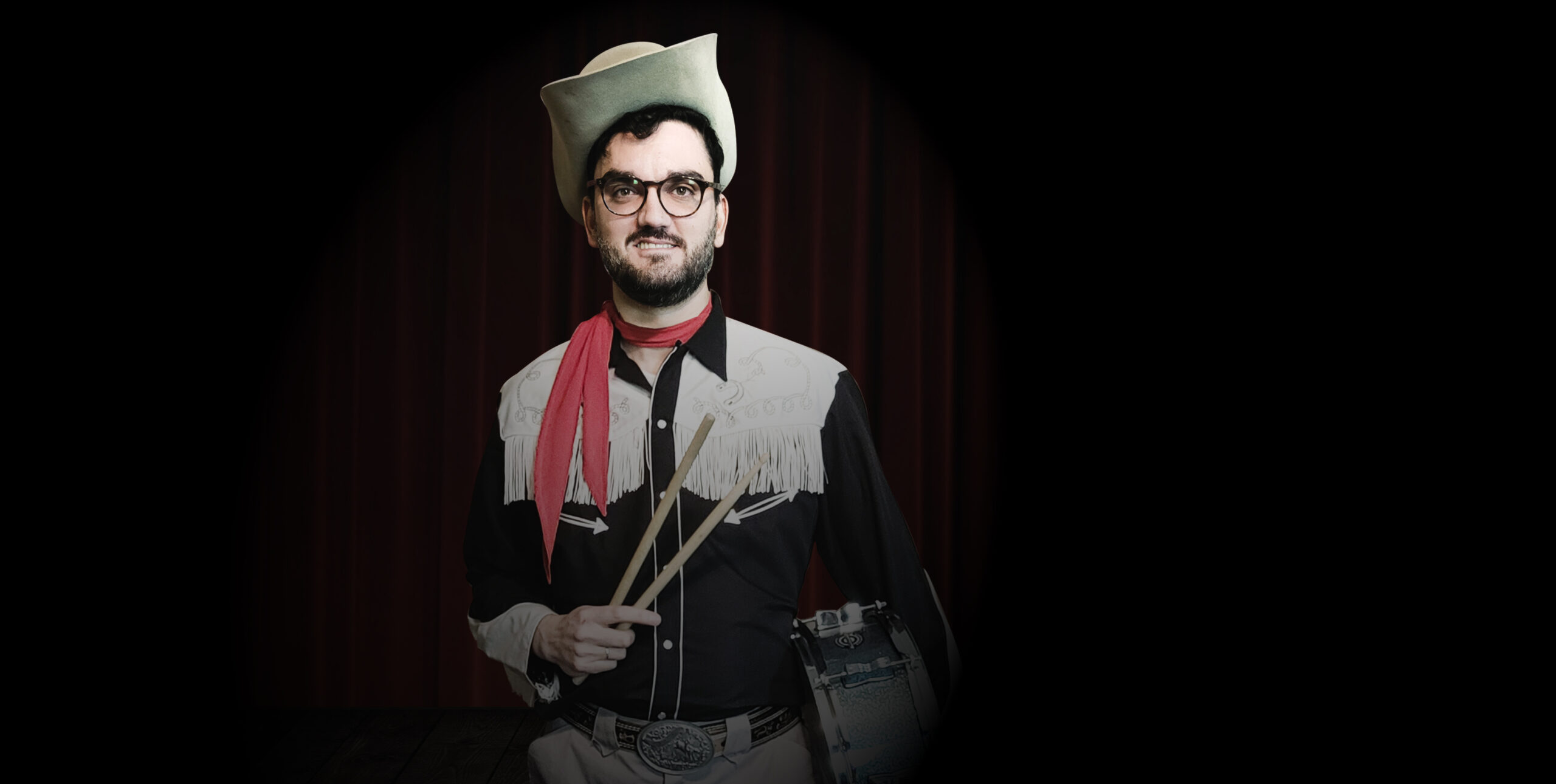 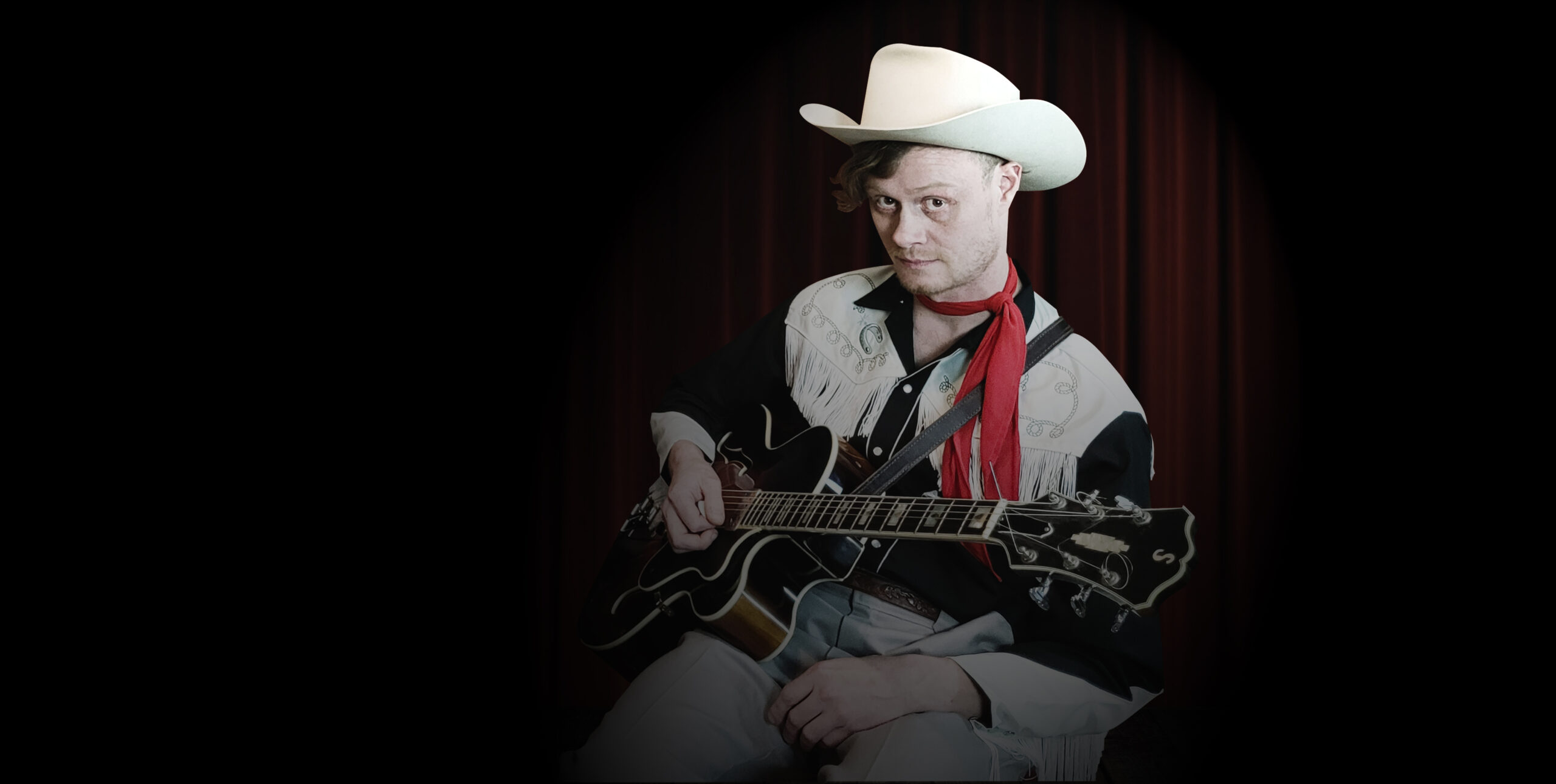 Mike Penny is back with a great new dance band: Mike Penny’s Western Swing Club. These guys are falling somewhere between Bob Wills and Spade Cooley in a small cast. Though the group is located in Berlin (Germany), the band’s stated mission is to „MAKE WESTERN SWING GREAT AGAIN”. And their authentic sound and look is proof that these guys mean what they say. This ensemble would be perfectly at home at a 1950s Western Ranch Party.

Mike Penny has been seen on countless stages around the world since 1987. Music has always been around in his family, his father loved Jazz, his mother was a music teacher and played piano. At the age of 6, Mike learned to play violin, later guitar and double bass. 1987 he played bass in his first Rockabilly band, several unknown band projects later he founded „Mike Penny and his Moonshiners“ and published 3 records with them on Rhythm Bomb.

Ike Goodtime is not only a brilliant performer on the steel guitar but also a great singer and entertainer. You might have seen him in the past with his former bands „West Coast Patrol“ or „Lightning Ranch Boys“.

He started his musical career at the age of 12 and taught himself several instruments like accordion, guitar, double bass and some brass. As if that ain’t enough, Ike is a really nice and handsome guy. Band mates like him are a real treasure.

As a child, Leon used to listen to his grandfather’s jazz shellacs on a gramophone. He stared his musical career at the age of 17 with an old cornet from the family fund in the bands „Jazzlight“ and “ hot potatoes“. Since 1992 he has been the cornet player of several Jazz bands like „Louisiana Hot Jazz Company“, „Louis Armstrong Memorial Hot Five“, „Bixsick“ and „DixieDeluxe“. He didn’t know there was such a thing as Western Swing before, but now he’s addicted to it.

Sharon is a true natural talent. She started playing double bass just about one year ago and does an outstanding job. From zero to walking jazz bass is really a great performance. And on top of that, she makes our stage look good …

Tom Rebelsky (Hot Jumpin’ Six, Little Neil & the Blue Flames). An update with more info about Tom is in the making.

Matt Itzenplitz plays lead guitar, mandoline and fiddle. An update with more info about Matt is in the making. Watch out for more.